☆ ☆ ☆ ☆ – Little White Lies – ”Finlay’s film feels like a quiet but powerful step towards a more understanding society, in which individuals are not only granted autonomy over their own bodies and reproductive rights but find acceptance too.”

Mark Kermode – “This is a film that has extraordinary access to its subject. Its deeply empathetic: its a film that I think anyone could watch and understand the very complex but also very simple and straightforward human issues its dealing with … I found it very very moving and it made me cry and I think thats one of the highest praises for any movie.”

One trans man’s pioneering quest to fulfil an age-old desire: to start his own family. The is the story of the dad who gave birth.
Freddy is 30 and yearns to start a family but for him this ordinary desire comes with unique challenges. He is a gay transgender man.

Deciding to carry his own baby took years of soul searching, but nothing could prepare him for the reality of pregnancy, as both a physical experience and one that challenges society’s fundamental understanding of gender, parenthood and family. He quickly realises that what to him feels pragmatic, to others feels deeply confusing and confronting; this was not part of his plan.

Against a backdrop of increasing hostility towards trans people the world over, Freddy is forced to confront his own naivety, mine unknown depths of courage and lean on every friend and family member who will stand by him.

Made with unprecedented access and collaboration over three years, the film follows Freddy from preparing to conceive right through to birth. It is an intimate, audacious and lyrical story for the cinema about conception, pregnancy, birth and what makes us who we are.

SEAHORSE: THE DAD WHO GAVE BIRTH is directed by acclaimed filmmaker Jeanie Finlay (ORION: THE MAN WHO WOULD BE KING) and produced by Andrea Cornwell (SAINT MAUD; APOSTASY), Jeanie Finlay and Oscar-winning Grain Media (THE WHITE HELMETS; VIRUNGA). 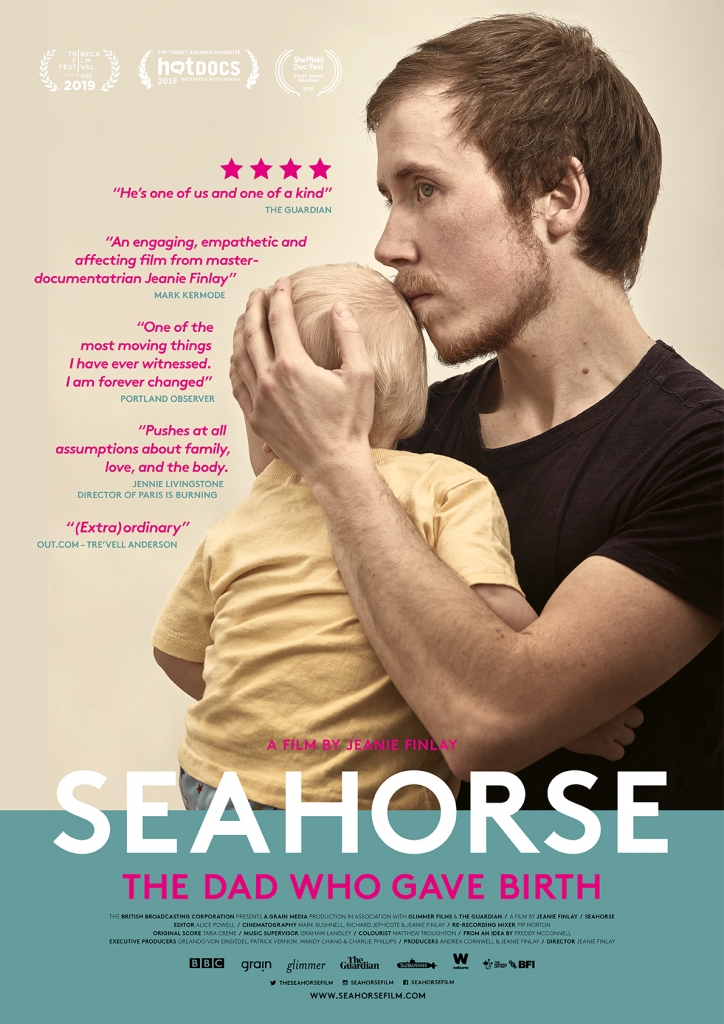